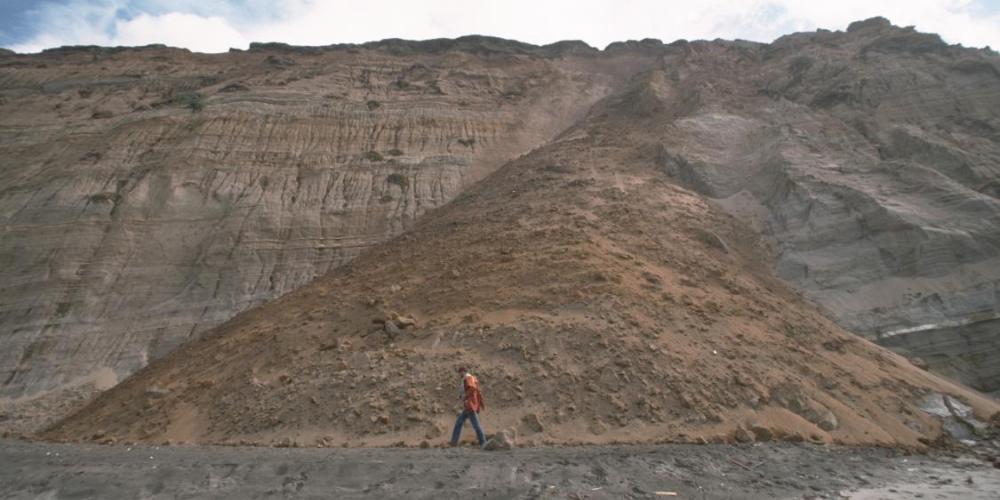 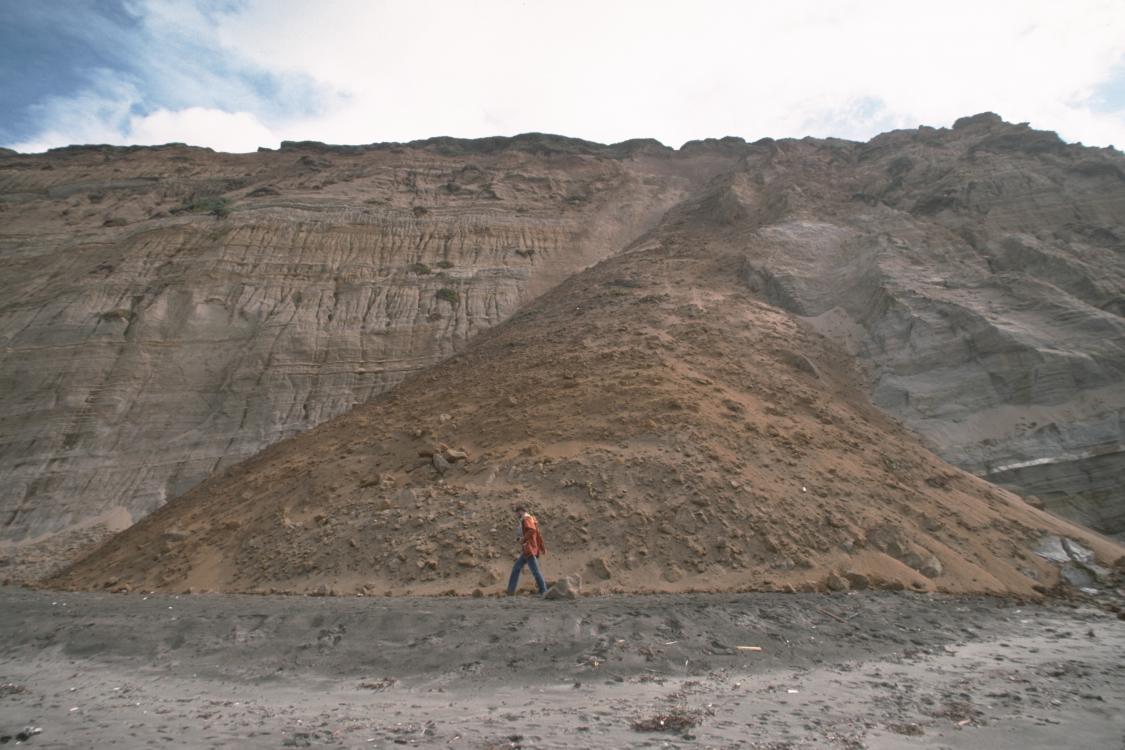 Endemic to the Bay Area, rainfall-induced landslide is not predicted probabilistically, but can be planned for based on historic data collected in the mapping resources below.

Rainfall-induced landslides are naturally occurring geologic phenomena, caused when winter rainstorms trigger fast-moving debris flows, or mudslides, and other slower-moving landslides. Flooding and landslides associated with severe storms have been among the most common disasters in the Bay Area during the period from 1950 to 2009, causing hundreds of millions of dollars in property loss, tens of deaths and hundreds of injuries. Landslides typically occur during periods of higher-than-average rainfall, like El Niño winter seasons, and are more likely to occur:

Climate change, with its potential for more extreme winter storms, may cause more frequent landslides in future.

Rainfall can trigger landslides, particularly in areas where slopes have been destabilized by landscaping and grading. Landslides are most likely to occur in and around areas where they have previously occurred. 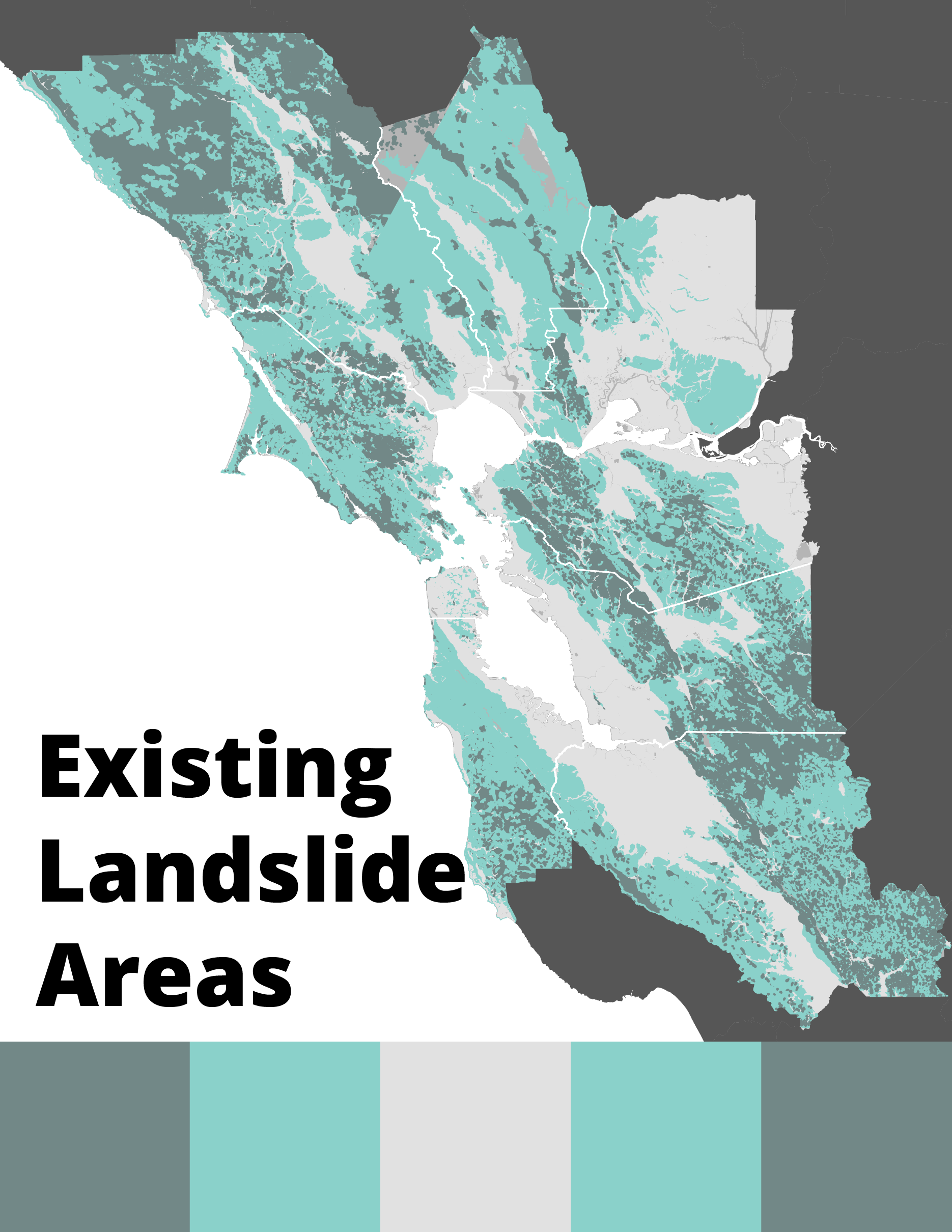 Earthquakes can trigger landslides, typically in weak soil and rock on sloping terrain. In the Bay Area, the CGS has mapped areas of earthquake-induced landslide hazard as part of its Seismic Hazards Zonation Program. 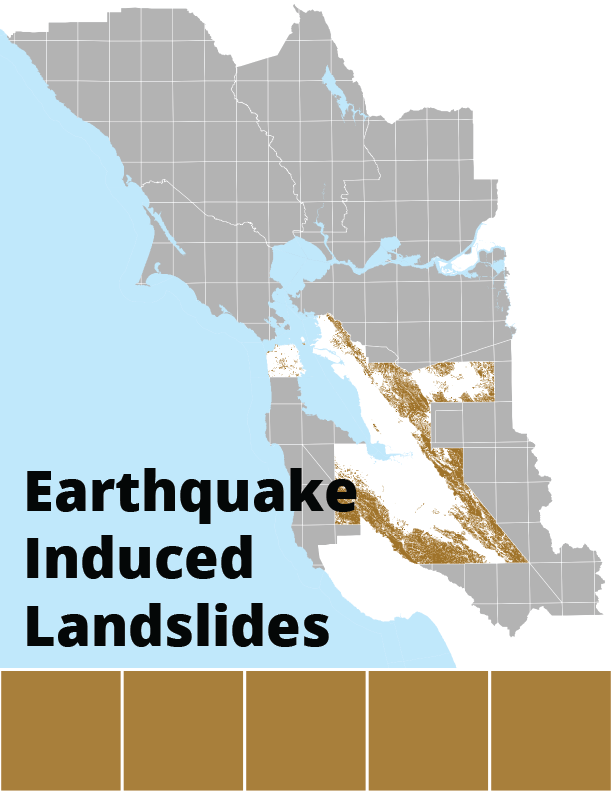 This map identifies the possibility of an earthquake-induced landslide occurring in a future earthquake. It is derived from State-mandated regulatory maps that show “Zones of Required Investigation” for landslide (and liquefaction) hazard. They do not depict different degrees of hazard. Rather, they identify zones within which site-specific studies will be required for new construction. These zone maps also are used in real estate transactions; sellers of properties within a “Zone of Required Investigation” must disclose that fact to prospective buyers. This data set is not regionally complete. Some areas of the region remain unmapped. 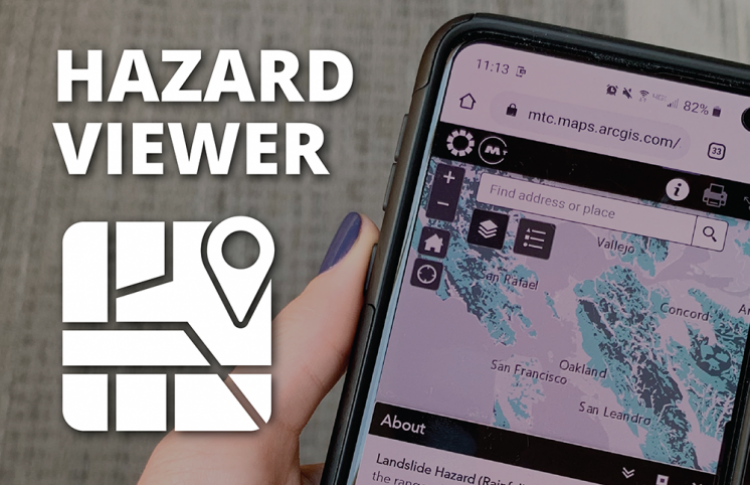 A consolidated, interactive map of Bay Area natural hazards, the Hazard Viewer is an easy-to-use tool for contextualizing local risks at the household-, neighborhood-, jurisdiction- and county-level. Data sets are curated from the most relevant, current maps and are available for download on the Open Data page.
Hazard Viewer