Guide shows ways to lessen damage in a major temblor 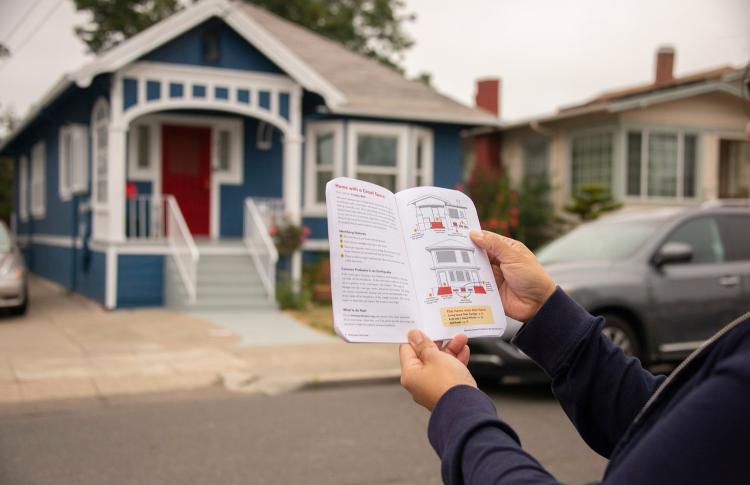 An online tool is now available to help residents identify potential earthquake-related damage to their homes and provides information on how to gird against the next big temblor.

"The time to prepare is now," said David Rabbitt, ABAG president and member of the California Seismic Safety Commission. "We are in earthquake country and it's just a matter of time before we are affected in some way, whether small or large. The quiz is an engaging, new way to see what the effects might be and lays the groundwork for preparedness."

The U.S. Geological Survey has determined there is a 72 percent of at least one earthquake of magnitude 6.7 or greater striking somewhere in the Bay Area in the next 30 years. It's the continual movement of the Earth's plates against each other that causes energy to build. When the plates slip, energy is released and earthquakes result. In the Bay Area's case, it's the Pacific Plate moving northwest past the North American Plate that puts pressure along the faults in the region.

The release of these online tools come in the wake of updated ABAG estimates of housing losses in the region as a result of a large-scale earthquake. The ABAG data tell a compelling and personal story about the Bay Area's potential future after an earthquake: How many buildings will be damaged? How many households will be displaced? And how many residents will be seeking shelter? Visit resilience.abag.ca.gov/housing/losses to review the findings and connect with the data behind the numbers.

ABAG's newest estimates of housing losses provide a significant update to the last such data released in 2003 with the latest figures reflecting current housing stock and the Bay Areas present population.

The figures use the most recent modeling techniques to identify potential residential housing losses for 16 plausible earthquake scenarios in the Bay Area. Under the most dramatic scenario, a 7.8 magnitude quake along all the northern segments of the San Andreas Fault, 68,900 residential buildings would be rendered uninhabitable, while causing $28.4 billion in residential building damage alone.