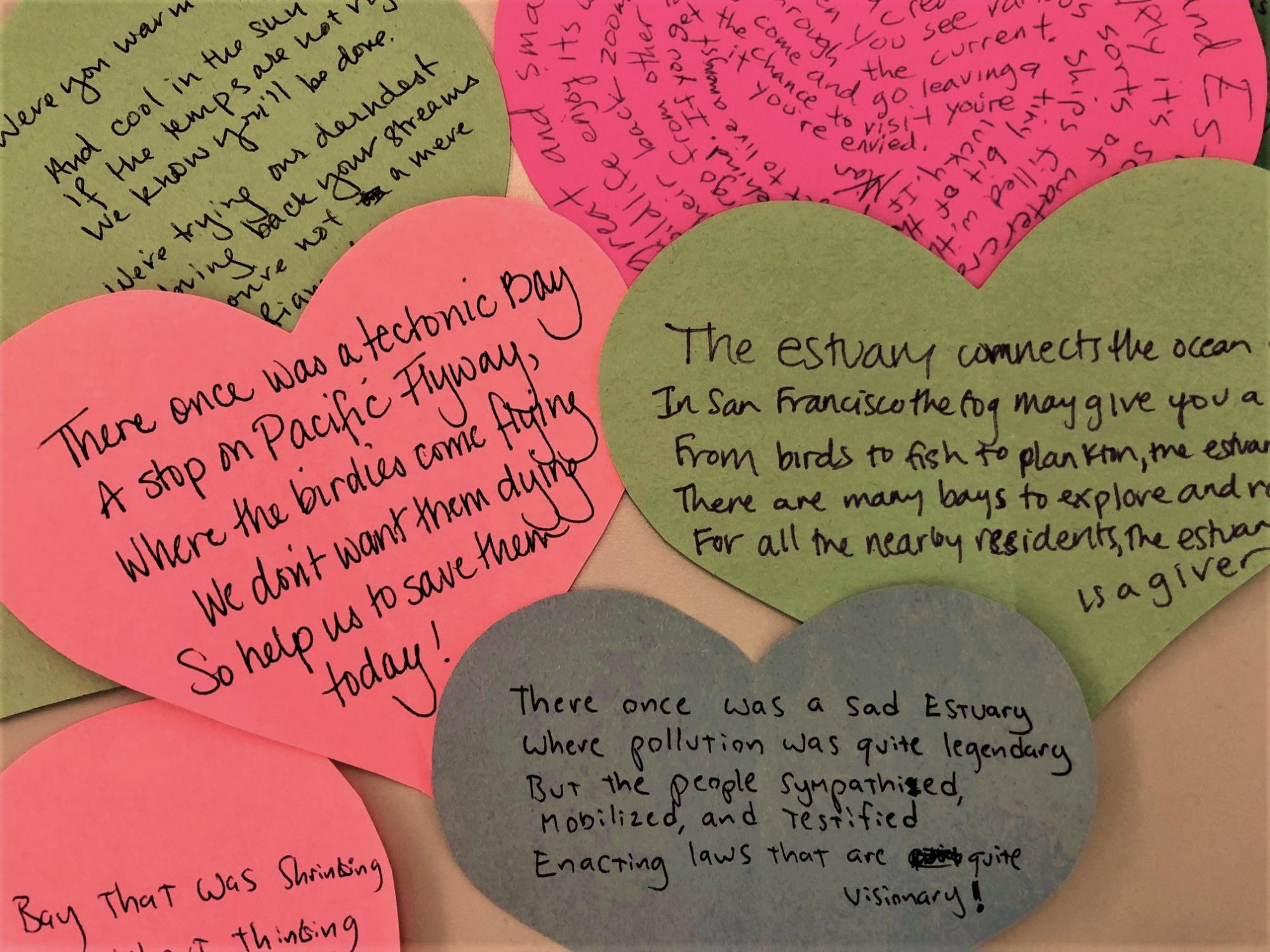 As part of  I Heart Estuaries week earlier this month, the San Francisco Estuary Partnership encouraged people to put pen to paper and express their thoughts.

The San Francisco Estuary Partnership, a program of the Association of Bay Area Governments and resident of the Bay Area Metro Center, set up a table in the downstairs lobby for people to participate. Others did so in house.

Dozens of estuary-inspired haikus, limericks, sonnets and other writings flowed in. Some of the offerings:

"There once was a sad estuary where pollution was quite legendary, but the people sympathized, mobilized and testified, enacting laws that are quite visionary!"

"The San Francisco Bay and Estuary is a haven for many great and small. Two to eight-legged creatures walk/fly its scenic winding path with wind at their backs, zooming along through the current. Ships filled with people and cargo from other lands come and go leaving a tiny bit of themselves behind. If you get the chance to visit you're lucky. If you get to live amongst it, you're envied."

"There once was a beautiful Bay, if you visit you surely will stay, filled with fish and oyster sustained with plenty of moisture, we must restore it without any DELAY."

Locally, San Francisco Bay is the largest estuary — about 1,600 square miles — on the Pacific Coast and it is widely recognized as one of North America’s most ecologically important estuaries. It accounts for about 80 percent of California’s remaining wetlands, providing key habitat for a broad suite of flora and fauna — more than 750 species of plants and animals, including native and conservation status species, as well as wintering migratory shorebirds.

You can find more information on the San Francisco Estuary and estuaries in general at www.sfestuary.org or on its Facebook page https://www.facebook.com/SFEstuaryPartnership/.