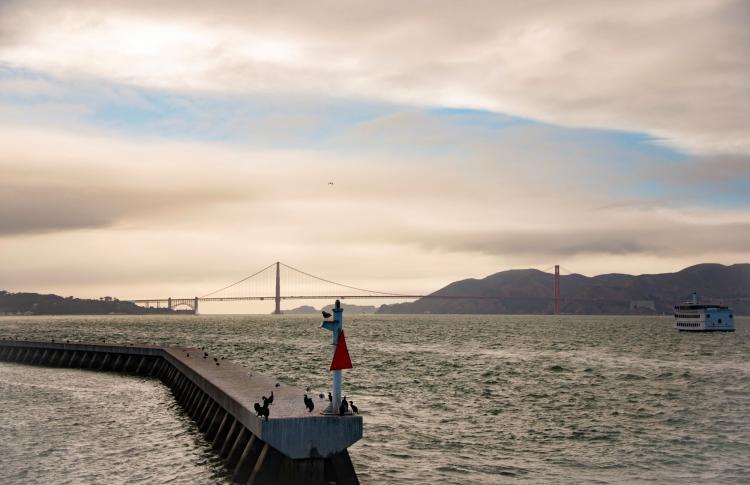 “The Estuary faces immense challenges, but we have remedies in the Blueprint and a serendipitous confluence of funding that can begin to implement solutions,” said Caitlin Sweeney, Director of the Partnership, a collaboration of local, state, and federal agencies, nongovernmental organizations, academia and business leaders working to protect and restore the San Francisco Estuary. “We are at an exciting juncture where we can really make a difference in the health of the Estuary moving forward. It’s a very exciting time for the region.”

Release of the Blueprint coincides with unprecedented federal funding approved over the past year to support the San Francisco Estuary. This includes $24 million from the omnibus spending bill signed into law in March plus a total of $29 million from the Bipartisan Infrastructure Law enacted in November 2021, including $5 million allocated directly to the Estuary Partnership over the next five years to begin implementing the Blueprint. Additionally, the Bay Area’s 2016 voter-approved Measure AA dedicates $25 million annually to fund multi-benefit shoreline projects that protect and restore San Francisco Bay.

The Blueprint emphasizes the connection between the lower and upper Estuary, recognizing that nature does not see the Bay and Delta as distinct entities, but rather as a holistic, integrated system forming a single estuary. The report also underscores the need for equity in work on the Estuary — the largest in western North America — while addressing resilience at the nexus of the social and ecological sciences. Among the regional takeaways in the Blueprint:

•    South Bay: Millions of tons of sediment will be needed in the coming years to restore and retain tidal marshes at the edge of the Bay. Tidal marshes can soak up the effects of sea level rise to protect the billions of dollars of business infrastructure in the South Bay.
•    East Bay: The East Bay’s tributary streams form essential pathways for wildlife, sediment, and freshwater flows to reach the Bay. The Blueprint focuses on restoring the connections between creeks — such as Walnut Creek — and the shoreline, as well as rejuvenating channelized creek corridors — such as San Leandro Creek — to provide recreation and green space in neighborhoods that need amenities.
•    San Francisco: As drought has taken hold, the Blueprint supports strategies that will stretch water supplies further, including maximizing the use of recycled water when available, while ensuring fresh water continues to flow in streams and rivers for fish and wildlife habitat and cultural uses.
•    North Bay: The Blueprint looks at the regulatory and administrative hurdles facing complex multi-benefit shoreline adaptation projects like Highway 37 with tasks to advance climate adaptation. These include the creation of a technical assistance “help desk” network for cities, counties, and others as well as the alignment of FEMA hazard planning with climate adaptation planning.

To bring full health back to the Estuary, the Blueprint proposes an ambitious combination of solutions, including moving sediment, restoring creeks, recycling water, removing invasive species, monitoring conditions, among other steps. The full plan and its recommended actions can be viewed at: https://www.sfestuary.org/estuary-blueprint/. A Blueprint video can be found here: https://www.youtube.com/watch?v=Tgp6r2F4CW8.

Hosted by the Association of Bay Area Governments, the San Francisco Estuary Partnership was established in 1988 by the State of California and the U.S. Environmental Protection Agency under the Clean Water Act’s National Estuary Program and is required to develop a management plan.