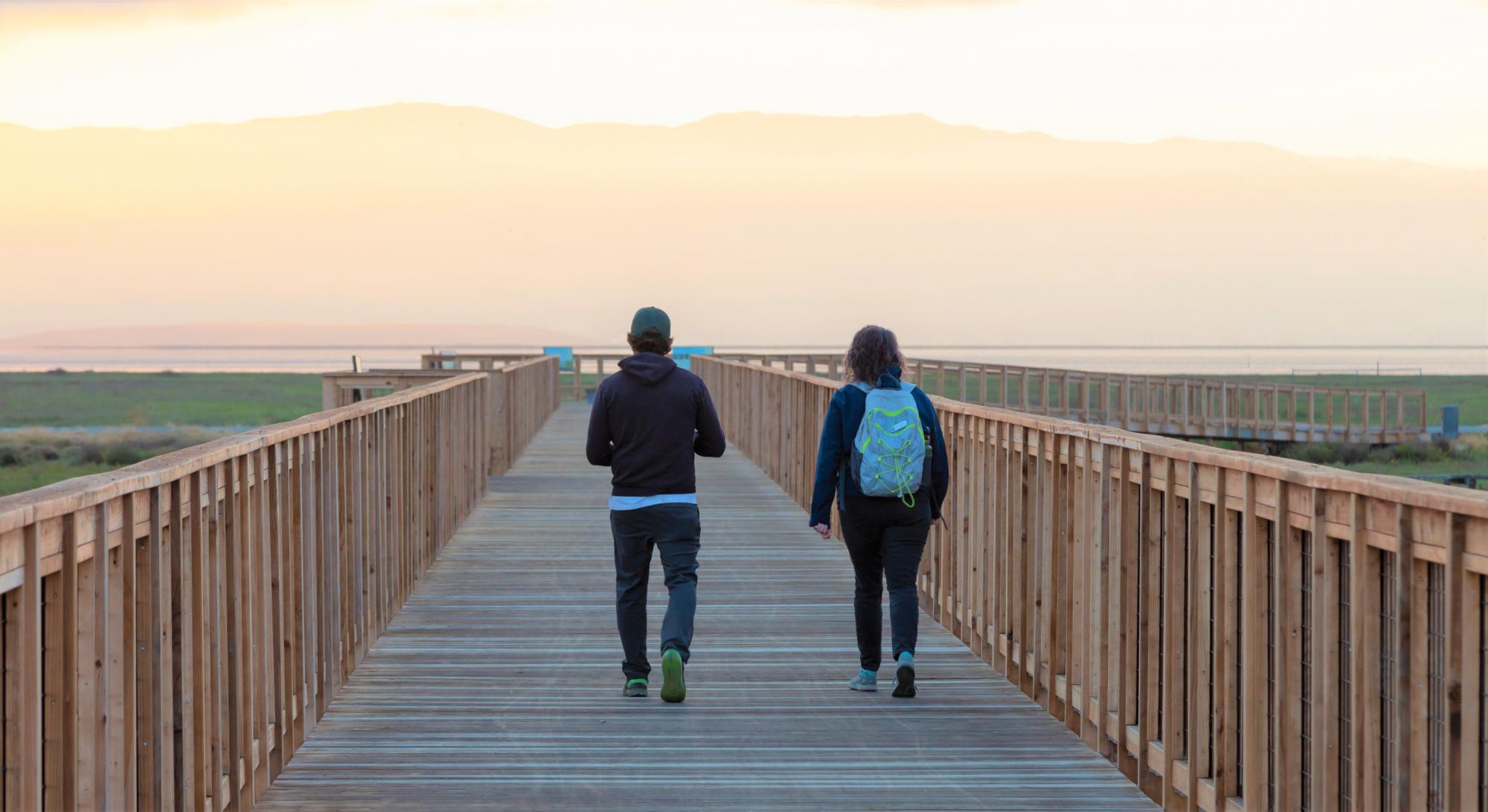 A small section of pathway in East Palo Alto connecting more than 80 miles of San Francisco Bay Trail will have a virtual opening Friday morning. The new trail will be open to the public following the event.

The new Ravenswood Bay Trail segment includes a new boardwalk and bridge spanning the wetlands at the northern end of the Ravenswood Preserve. An overlook along the boardwalk includes benches and interpretive signage, providing an ideal location for bird watching. The new trail will close a 0.6-mile critical Bay Trail gap on the peninsula, allowing 80 miles of continuous Bay Trail and river connector trails across three counties.

The event will feature a virtual tour of the preserve and a behind-the-scenes look at the careful planning and construction techniques the project required. The new features Midpeninsula Regional Open Space built to enhance the habitat for local wildlife, especially the endangered species that call this area home, will be highlighted, along with the native wildlife and unique saltwater marsh habitat of Ravenswood Preserve.

The Bay Trail plan was adopted by the Association of Bay Area Governments in June 1989. Envisioned as a 500-mile “ring around the Bay,” today some 355 miles of trail are built along the perimeter of San Francisco Bay.

Stay tuned to the Bay Trail website for announcements and future events.