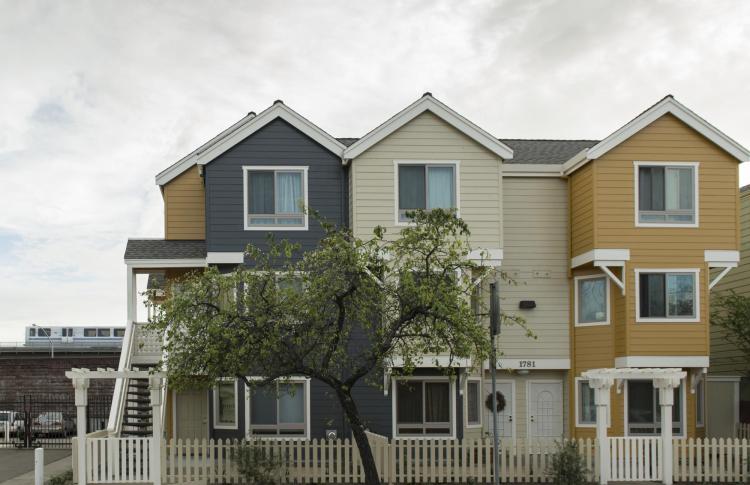 The Association of Bay Area Governments (ABAG)’s Executive Board at its meeting Thursday evening passed the Regional Housing Needs Allocation (RHNA) proposed methodology — a mathematical formula by which the state Department of Housing and Community Development (HCD)’s requirement that the Bay Area plan for more than 441,000 additional housing units during the 2023-2031 RHNA cycle will be distributed among the region’s nine counties and 101 cities and towns. New state laws — as well as the region’s strong economy and related job and household growth over the past decade — are also a significant reason for the growth in HCD’s determination, which will require the Bay Area to plan for 253,000 more units than required in the 2015- 2023 RHNA cycle. Under the proposed methodology, communities in Santa Clara County would be expected to account for about one-third of all new units to be incorporated into the housing elements of Bay Area jurisdictions’ general plans, and San Francisco, San Jose and Oakland are expected to have the highest expected planning numbers for individual cities.

ABAG President and Berkeley Mayor Jesse Arreguin commented, “Housing Element Law emphasizes that all Bay Area communities have to share the increased state planning numbers.  The adopted proposed methodology is the best way to share the housing responsibility among all our region’s local governments, to encourage housing in areas with good access to jobs and in locations designated by the state as high-opportunity areas, and to meet fair housing and greenhouse gas reduction requirements.”

With the Executive Board’s action, ABAG on Oct. 25 will open a public comment period on the proposed RHNA methodology. The comment period will include a public hearing at the Thursday, Nov. 12 meeting of ABAG’s Regional Planning Committee, after which both the committee and the Executive Board will again weigh in on the methodology. If approved, ABAG will submit this draft methodology to HCD for review, likely in January 2021, and then use the state agency’s recommendations to develop a final methodology and draft RHNA allocation in spring 2021. Release of the draft allocation would then kick off an appeals period in the summer of 2021, with the final RHNA allocation assigned to each of the Bay Area’s local governments in late 2021.

The allocation methodology is a formula for accommodating the Bay Area’s total housing need by quantifying the number of housing units — separated into above-moderate, moderate, low and very-low income categories — that will be assigned to each city, town and county.  The allocation must meet statutory objectives and be consistent with the forecasted development pattern from Plan Bay Area 2050. The final result of the RHNA process is the allocation of housing units by income category to each jurisdiction. Each local government must then update the Housing Element of its General Plan and its zoning to show how it can accommodate its RHNA allocation.

The proposed RHNA methodology was developed by ABAG’s Housing Methodology Committee (HMC) after nearly a year of meetings and technical analysis. The HMC process provided a forum for local elected officials, staff from city and county governments, various stakeholder groups, and members of the general public to formulate a data-driven proposal.  Members of the HMC were selected from a diverse pool of applicants and included representatives from each of the nine Bay Area counties.

President Arreguin praised the HMC for its challenging work: “The proposed methodology represents a big accomplishment not only for the HMC or for ABAG, but also for our region.  The committee members’ involvement in this complicated and sometimes contentious process brought together very diverse voices to develop a methodology that works for the entire Bay Area.”

Additional information about the proposed methodology and the RHNA process is available on the RHNA website.